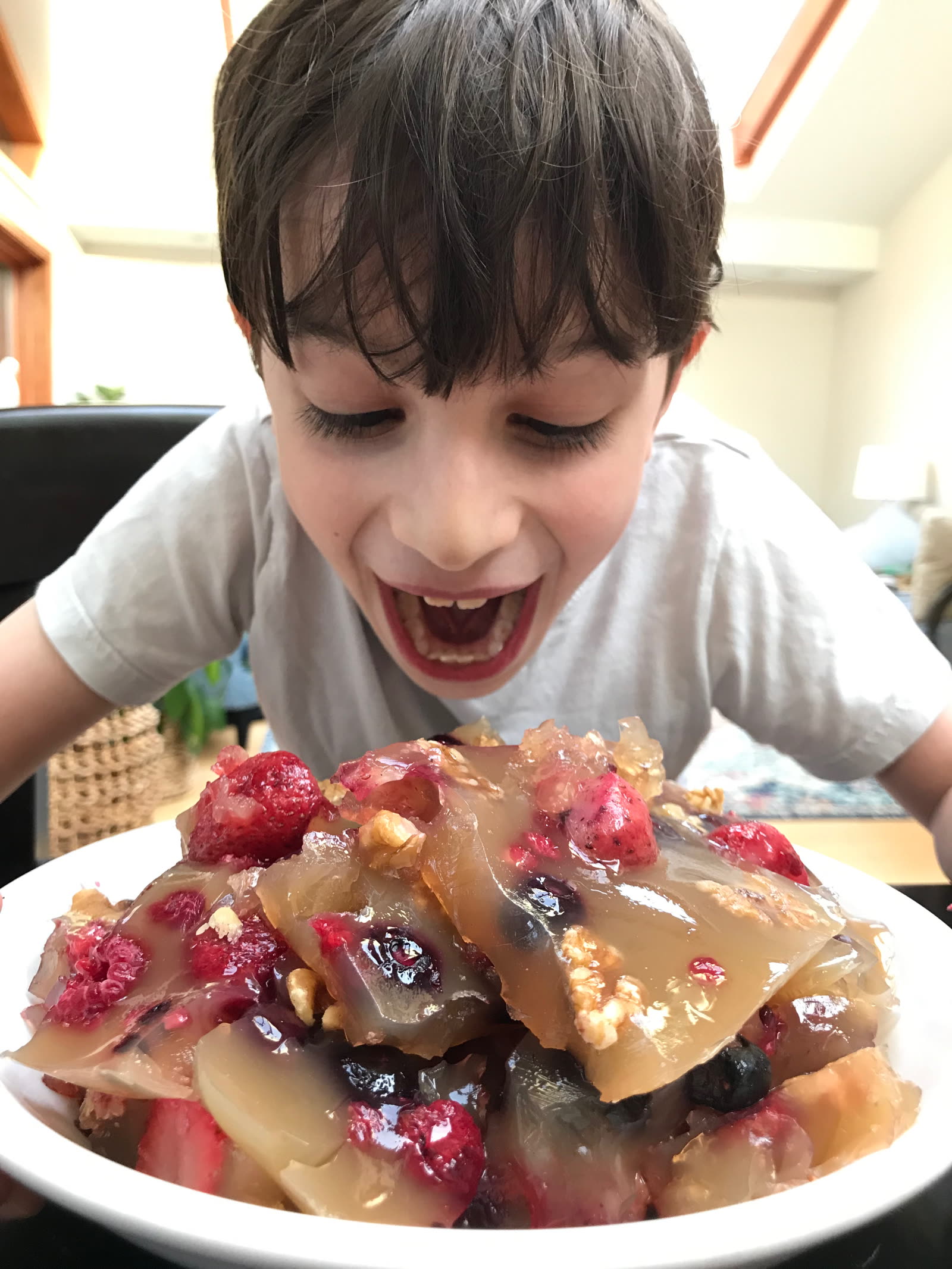 This one deserves some explanation.

My son — well, all of my kids, but my son Sam in particular — is a huge fan of Nintendo’s Zelda: Breath of the Wild, a game in which, in addition to running around, exploring and beating up/robbing mischievous goblins, you obtain and occasionally cook food. Sometimes it’s just meats or vegetables that you toss over a flame, but you can also combine different foods to create surprising concoctions that can boost your health or give you momentary surges of power or, I don’t know, magical invulnerability or whatever.

Every now and then, though, these combinations go wrong, and you end up creating something the game calls dubious food — a dish “too gross to even look at”, as it were.

So Rebecca decided to make Zelda for dinner: Sammy did the fish and mushroom skewers, threw some peppers into an iron skillet, and Mom made a giant batch of dubious food for dessert. It looks incredibly gross, indeed (so much that I had to push myself a little to take a bite) — but it was actually surprisingly sweet and delicious.