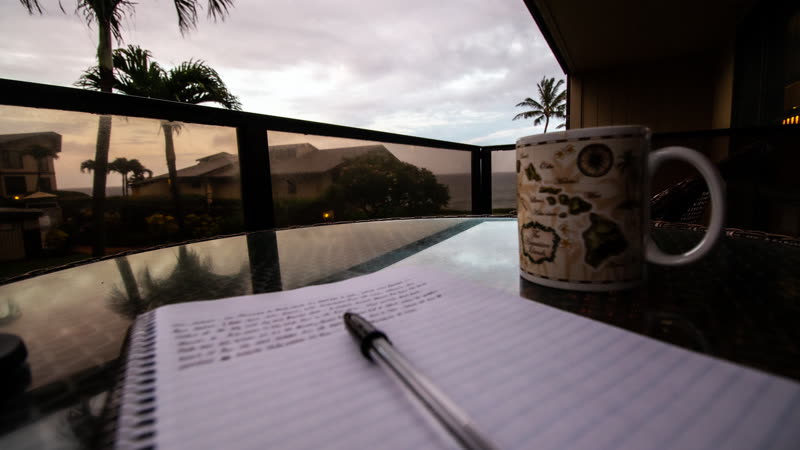 Dusting off the cobwebs

The obligatory post about vowing to write more posts

A friend once told me — or rather announced to the group of friends with we happened to be standing around at the time, in line for a roller coaster in Southern California — that I didn’t have enough “stick-to-it-ness” to be a writer.

It was one of those out-of-nowhere comments that kind of hit you from the side, like an unprovoked smack — and it was odder still since by then, I’d already been working as a writer for a handful of years.

But it was also true that this person wasn’t wrong. Yes, I’d been writing professionally since college (tech writing mostly, with some freelancing on the side), and yes, writing had in fact been paying my bills — if barely so. But it was also true that I hadn’t gone through the writing program at UC Irvine to learn how to write the Great American User Guide. What I wanted back then, or so I thought, was to write short stories and screenplays, and eventually maybe make a little movie or two of my own. I certainly liked technical writing (probably more than I cared to admit), but technical writing was definitely a means to an end, a practical solution to the problem of making a living stringing words together. To get by, I figured I’d work my day job, slinging tech docs like everyone else, then come home at night and work on the stuff I really cared about.

The problem, though, as any full-time-working human will tell you, was that by the time I got home, I was legitimately beat; the last thing I wanted to do after staring at a screen all day writing about network-attached storage was come home and stare at another screen trying to write fiction that, if I was honest, I wasn’t sure I cared about as much I probably should. So day after day, moving through life as it happened, I just kept on not writing, promising myself I’d try harder tomorrow.

And I did, from time to time — but it never really went anywhere. Tech writing led pretty quickly to programming — docs were moving from print to HTML, and my creative imagination was immediately hooked by the potential of the web — and the demands of becoming a programmer (self-teaching, job hunting, several years working in startups and then venturing off on my own) ate up just about all of my time and mental energy and left me even more exhausted than tech writing or journalism ever had. Somehow I still managed to get a lot done with the next two decades — went to grad school, studied film theory (and loved it), made a few really bad, really fun movies of my own, got married, moved to Seattle, built a life in the Pacific Northwest 1 and brought three more lovely humans into the world whose company I get to enjoy working from home every day. But writing, for the most part, once my programming career took off, never quite found its way back to the central place in my life that it once held.

Here’s the thing, though: it was never a stick-to-it-ness problem, and it wasn’t that I was simply too tired, either. It was interest. My brain was simply more interested in messing around with other stuff than it was in writing fiction. If I’d cared about writing fiction as much as I cared about programming and the web, I’d have written fiction until I fell out of my chair. I didn’t. Instead, I read tech books, learned languages, built websites, went to conferences, and did just about everything I could to get better at making software. And not because I had to. Because it was fun.

But the urge to write something has definitely never left me. The mind I have now may be different from the mind I had in college, but it still wants to write, and it still wants to make movies — just not the same kinds of writing and movies it did back then. These days, I’m much more interested in finding things out, figuring out what I think about those things and trying to explain them, being a good dad and teacher (the hardest things ever), and just trying to capture the beauty and overall interestingness of the world around me as best I can.

So to that end, expect me to start showing up here a little more often as I work to figure out what that means in terms of writing. I’ve got one technical book on the way already — maybe not so much a means to an end after all — and I’m sure there’ll be more — though about what, I’ve no idea. Time will tell, though. It always does.